CAS Members and Friends outing to

On a sunny Sunday morning, a group of CAS Members and Friends of CAS and family met at the Royal Botanic Gardens in Cranbourne. This wonderful place is a division of the Royal Botanic Gardens Melbourne, and is an award-winning, contemporary botanic garden specialising in Australian native plants. Its 363 hectares includes heathlands, wetlands, woodlands, lakes and water features, dry riverbeds and natural gardens, with thriving populations of birds and animals, including several rare and endangered species. 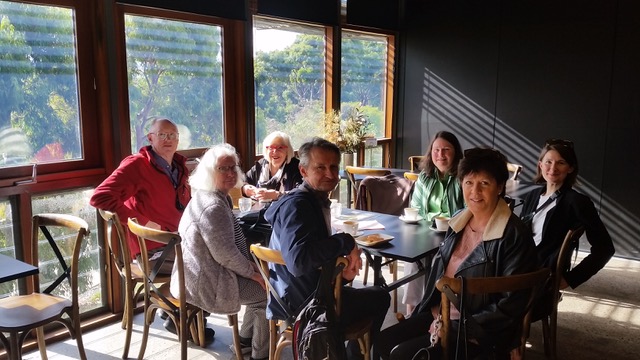 Meeting in the café, some of the people in our group waiting for the others to join us

After meeting for coffee at the Boon Wurrung Café, we set out to explore, starting with the Red Sand Garden, an artfully landscaped depiction of the Red Centre desert, with its unique red sand, and patches of the sage-green saltbush native to the desert. We were excited to see a small dark brown animal darting between the big round patches of saltbush, and thought it might be a native bush rat. 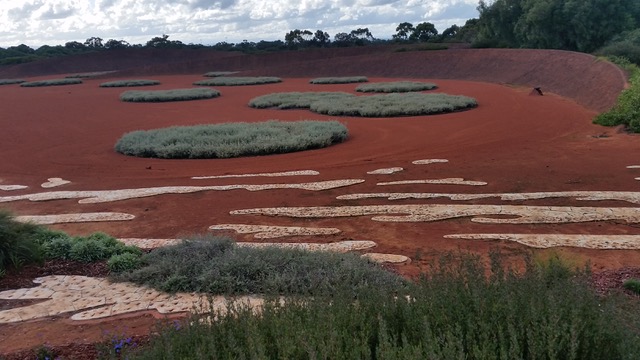 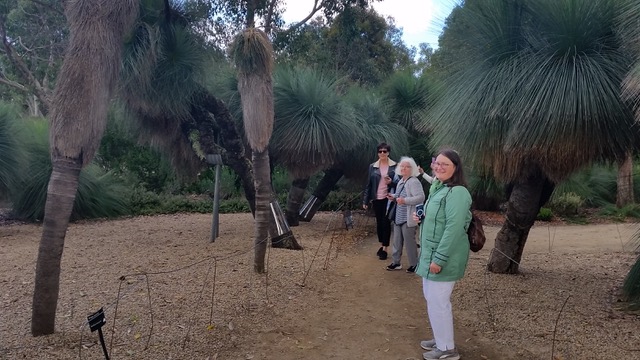 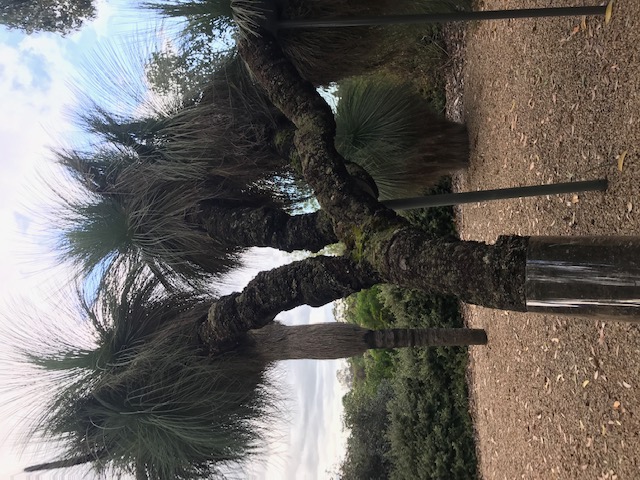 We took the path through a series of Tree Gardens - ironbark, box, peppermint, bloodwood, stringy bark and the Eucalyptus Walk, with the strong scent of eucalyptus – and on to the 170 year old Xanthorrrhoea Australis or common grasstrees from NSW. We marvelled at the mossy 400 year old grasstree from Albany, WA. Then the wonderful display of different types of banksias in full bloom. 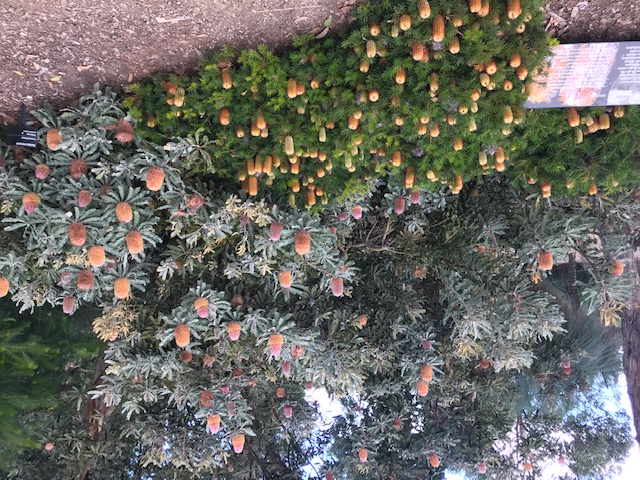 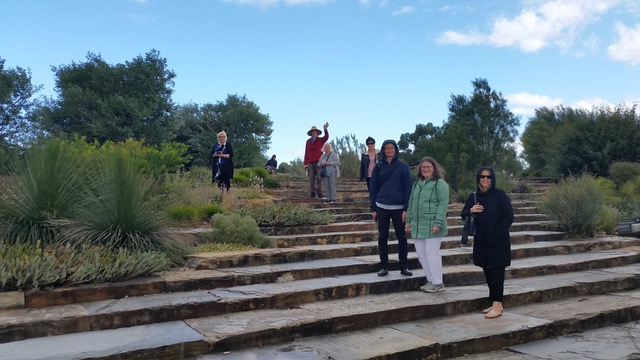 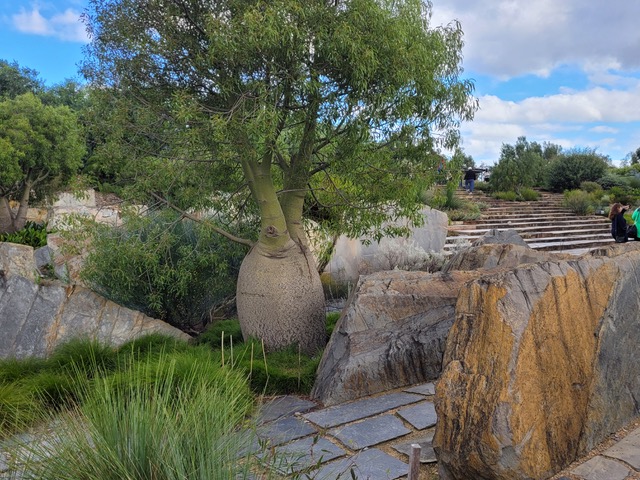 Boab and rocks the Arid Garden 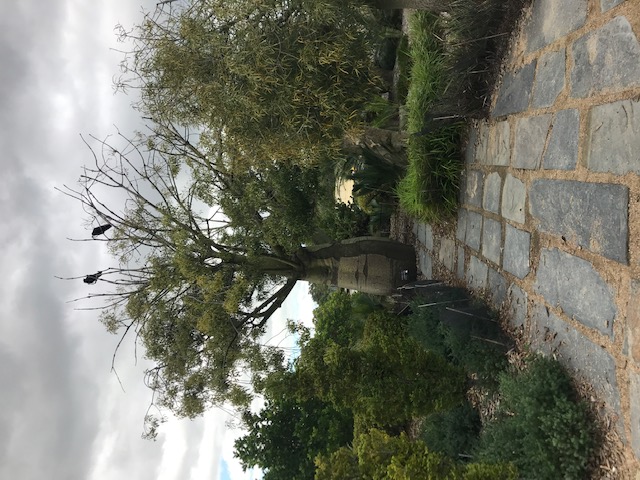 Ravens in a boab tree

Big slate steps led us down into the Arid Garden, with boab trees amongst huge stone upright slabs, beautiful. We passed through many other gardens, each themed according to different region and plant types. The Gondwana Garden included the ancient Wollemi Pine. The spectacular Elizabeth Murdoch Promenade crossed the Ian Potter Lake and led us past many more wonders, including the Lilypad Bridge (of metal lilypads), and more themed gardens. 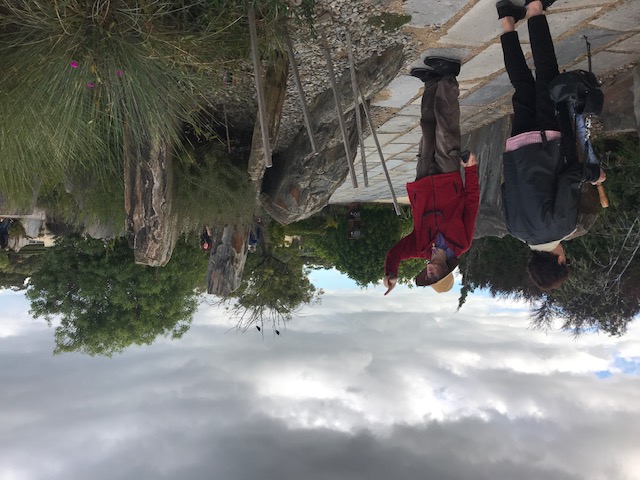 In the Arid Garden 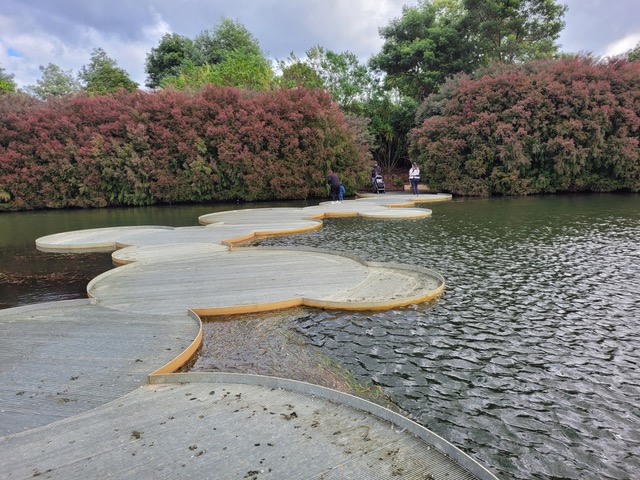 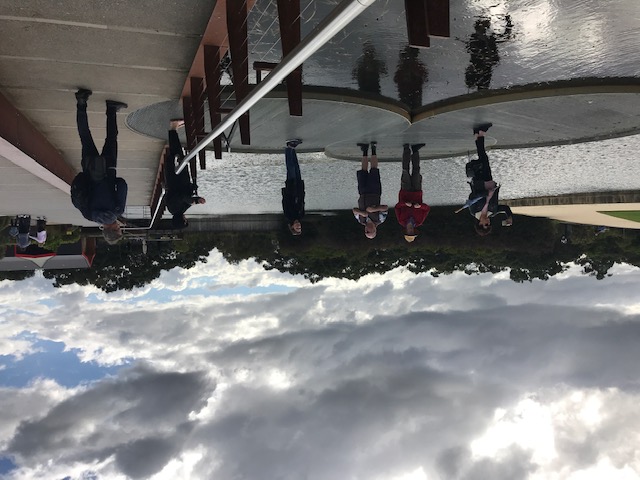 Some of our group on the Lilypad bridge

Even the picnic area was special, an elegant outdoor undercover area in the Lifestyle Garden. There were people enjoying their picnics in style at the tables. There was a man at a table with a colouful picnic blanket and two glasses on it, and, he told us, a good bottle of shiraz. We all agreed we must come back and do the same. In fact, it was a frequent comment thoughout the walk as we viewed the many marvels, “We must come here again!” 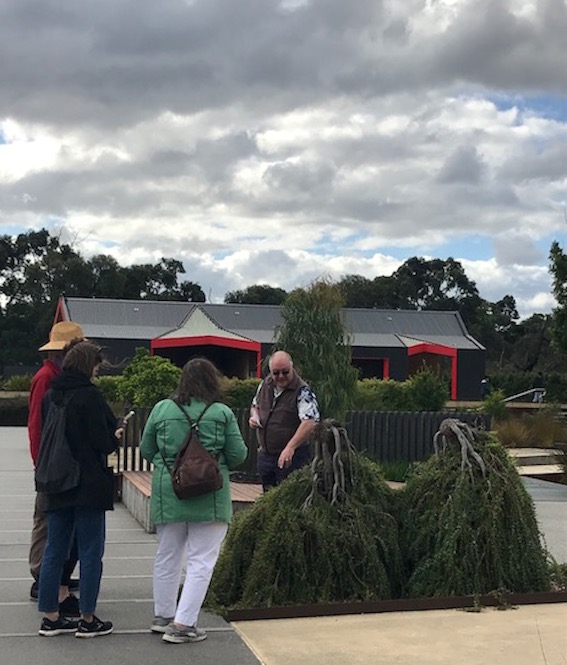 I'm sure these must walk around at night

Further marvels included the Weird and Wonderful Gardens, great yellow wattles and gumnut laden eucalypts, and so many displays of spectacular indigenous plants. We saw children wading in and exploring the Rockpool Waterway, with its little waterfall and spectacular sculptural metal wall. Walking through the last series of themed gardens, we saw another “bush rat”, but closer up this time, and the mystery was solved. To our even greater excitement, it was a bandicoot. 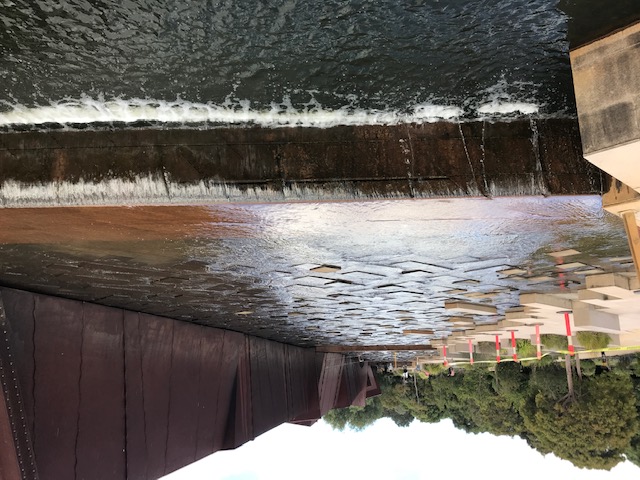 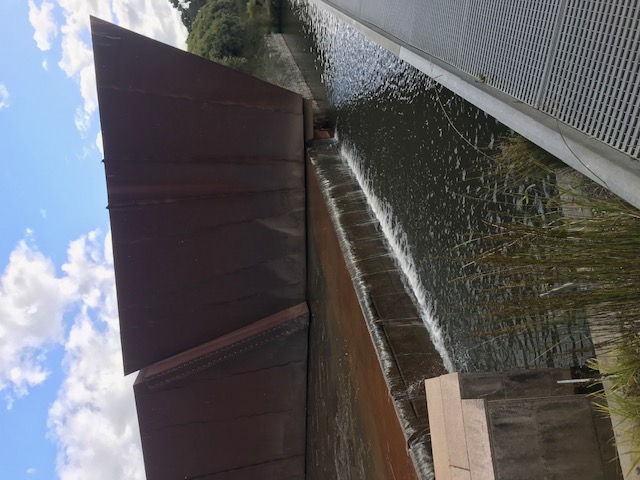 We ended the visit where we had started, at the Boon Wurrung Café, where several of us enjoyed lunch before heading off home after a fantastic day out.